All Collections
Frequently Asked Questions - FAQs
How to set up a campaign?

How to set up a campaign?

Written by Lakshya Syal
Updated over a week ago

Several apps in Xoot such as Announcement Bar, Post-Purchase Upsell, Target a URL Bar, Countdown Bar, Email Collection Bar, and many more allow merchants to run the campaign(s) on a specific or daily basis.

Different campaigns play a vital role in attracting customers with different interests. These campaigns help a merchant to target an audience by allowing them the features like:

Without spending money on advertisements, you can capture your target audience in a few steps. These campaigns will help you in promoting your products and will dramatically increase traffic to your online store.

Through them, you can remarket existing customers or introduce your products to new ones.

So, let’s understand how to run a campaign in Xoot!

Steps to Run a Campaign in Xoot

Here are the steps to run a campaign in Xoot or Skip the steps and watch the above tutorial: 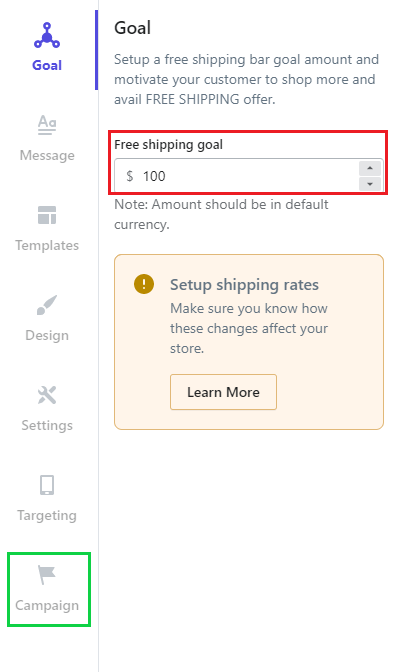 Now, rename your campaign, choose the date when you wish to display it, and set its priority. 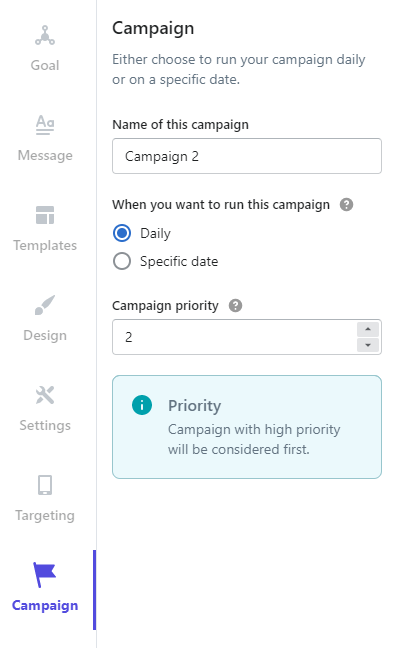 What is a Priority Campaign?

Under the “Campaign Priority,” you can set the priority of your campaign. If you enabled more than 1 campaign at a time, the campaign with the highest priority will be displayed on your front store.

For example, imagine 2 campaigns share a product. One campaign has a High priority, and the other has a low priority. The High priority campaign will be used first.

Further, a campaign can be set for various reasons like target device (mobile, desktop, or both), Geolocation target, amount, pages excluded/included, etc. and these factors also play a vital role in determining the priority campaign.

Did this answer your question?